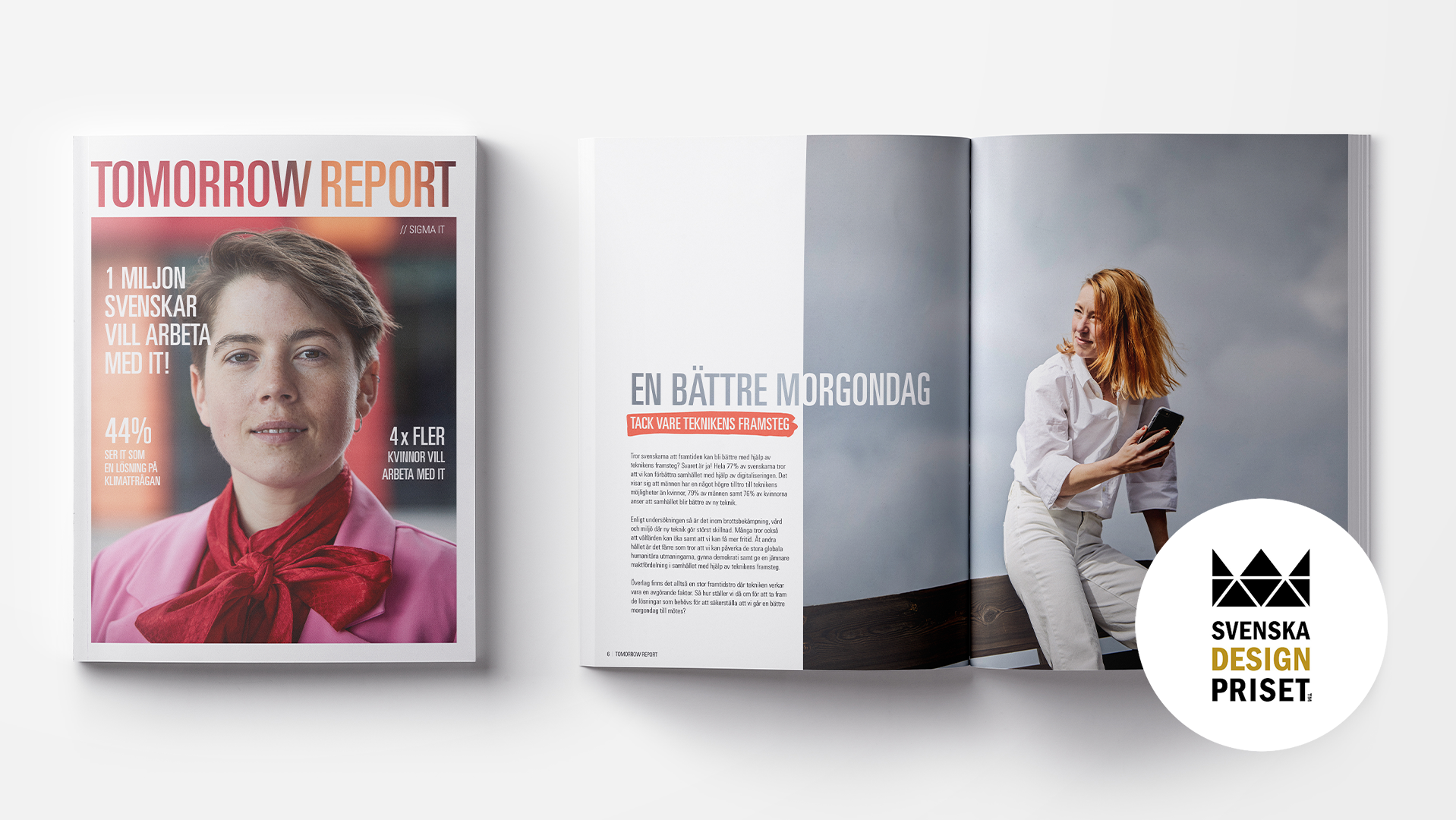 With the Tomorrow Report, Maverick created a designed magazine for Sigma IT, revealing what the Swedish people think about digitalization. Threat or possibility, what are our inner thoughts?

With an attractive layout the magazine begged to be read, and was spread at events, to boardrooms and corporate management teams. Lars Kry, the CEO of Sigma IT was invited to the news on TV4 to talk about the Tomorrow Report.

Now Maverick is rewarded with a nomination to Svenska Designpriset (Swedish Design Award), a competition aiming to promote and cultivate Swedish design and communication. Tomorrow Report is nominated in the category editorial – customer magazine – print.

“How great is this? We really wanted to reach out with what the Swedish people think about digitalization and the lack of IT talents, but not just publish a report. We wanted it to be read and that the results would be easy to digest. Being nominated to Svenska Designpriset is fantastic evidence that we did the right thing”, says Beatrice Silow, Vice President Communication and Culture at Sigma IT.

Entries to the competition have been nominated by a design jury, and the winner will be selected by public voting at designpriset.se. Voting starts September 7. The winner will be announced at Berns in Stockholm November 12.

“Here you can see what Maverick can deliver when we follow our ideals. Our team was brave enough to be bold and curious. They have changed the game on how to present a report, which is confirmed by this nomination. This is so cool”, says Henrik Askervi, Head of Maverick.

The Tomorrow Report is based on a survey from Sifo to ask the Swedish public what they think about digitalization. PR firm Techposition was responsible for the idea, conducting the Sifo survey and handle media. The content of the report is estimated to have reached 4.9 million people. Maverick designed the report graphically, and is now being rewarded with this nice nomination.