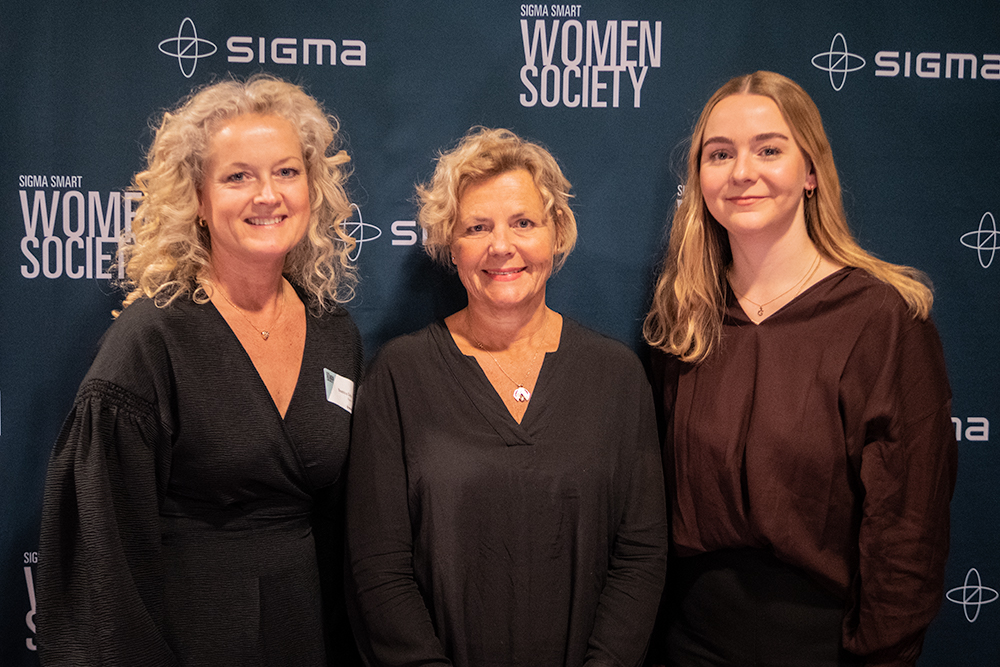 Stop talking – start doing! This is how you can summarize Anna Serner's strategy to increase the proportion of female filmmakers in Sweden. A strategy that Anna Serner presented to over 300 women at the Sigma Smart Women Society event in Gothenburg on Tuesday evening.

– We are so proud and happy to be able to present Anna Serner as a speaker at SSWS. She is a true role model. We have had her on our wish list for a very long time, and now in connection with the Gothenburg Film Festival we succeeded, says Beatrice Silow, who is communications and culture manager at Sigma IT, and initiator of Sigma's women's network.

Anna Serner has been CEO of the Swedish Film Institute since 2011 and has focused on the gender equality issue from the beginning. Something that started already during her time as CEO of the Advertising Association. An area that required both courage and perseverance, as a lot of resistance often appears.

During the evening with SSWS, Anna Serner talked about her exciting assignment, how the work has progressed during her time as CEO and what results the organization have achieved so far. A lot has happened, but much remains to be done to get the movie industry completely equal, very briefly summarized.

The Swedish Film Institute's strategy to get the film production more equal is based on three parts; Quality, Gender Equality, Diversity. Anna Serner told us that the proportion of women who receive support for their films from the Film Institute has increased and is relatively equal – when it comes to low-budget films! Unfortunately, as budgets go up, the number of women in all positions is decreasing. And it is films with high budget (over 35 million SEK) that get the most cinema visitors. This means that the film industry does not reflect how society really looks and many groups do not recognize themselves.

Anna Serner ended her performance with positive news. The number of female directors participating in international festivals has increased from 39% in 2016 to 53% in 2018! A good proof that the strategy works.

Before the evening was over and the mingle started, we got the possibility to listen to yet another female role model; Greta Braun, a project manager at Production for Future. A project aimed at increasing diversity in the tech industry and spreading knowledge about digitalization. The project is run by the Gothenburg Technical College in collaboration with female students and over 50 different partner companies. Greta Braun talked about strong women in her surroundings that inspired her to dare to make her own choices, like studying to be an electrical engineer. She herself now continues to inspire girls and young women to dare to invest in their dreams and take a place in the tech industry.

Visit www.sigmait.se/ssws to see all networking meetings with the Sigma Smart Women Society.